Citizens and the 1st Amendment

Kristin-supporter Derek Hirata had a good suggestion. He thought it would be a good idea to create a page showing where citizens use their First Amendment rights to speak up on behalf of Kristin directly to the Flores family. For those of you new to the case, The FBI and SLO Sheirff;s department, in a June 2000 Search Warrant states that ' there is reasonable cause to believe that Kristin Smarts body is burried in the backyard of 529 East Branch Street. That is the Flores' residence in Arroyo Grande, cal

Here are some of those examples and I will post more here when I get them.
Mark Trejo just happened upon Paul and Ruben Flores at the local Walmart so he took out his smartphone and REALLY honored Kristin and I will always love Mark for this.
The Clark Center for the Performing Arts unexplainably allows Ruben Flores to be an Usher at their events. One night, Kristin-supporter Eddie Aguilar was leaving one such event and, like Mark Trejo above, pulled out his phone and shot this video. Great, great, great job Eddie!
Dennis Mahon addressing the Arroyo Grande City Council about Kristin with Susan Flores in attendance. She will see her speak in this video as well.
Facetime video filmed by Mocha Sue as a whole crowd of Kristin-supporters demonstrated outside Susan Flores home. This is what 'Awesome' looks like! 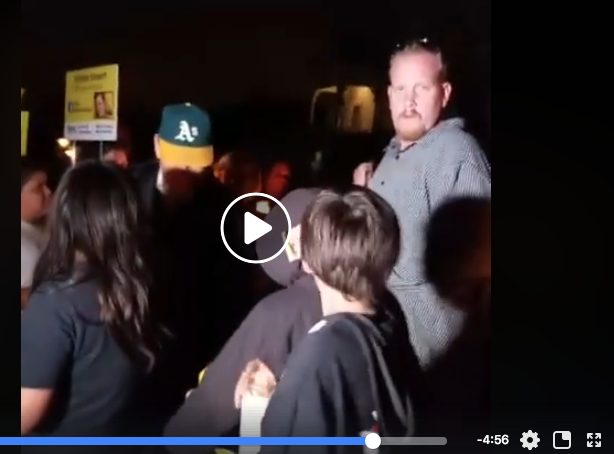 Matt Nestel, reporter for The Daily Beast, is seen in this photo in Flores' San Pedro neighborhood. All Flores' wouyld say t Matt that day was 'It's all good. I gotta go' and he drove off'. 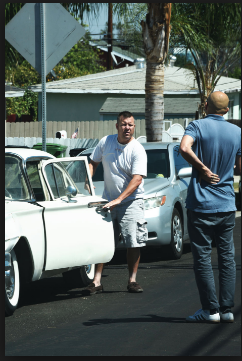