Renting 529 East Branch Street and finding a bloody earring in the driveway...

About a month or so after Kristin vanished, the Flores' rented out 529 East Branch Street to Mary and Joe Lassiter.  David Smallwood, publisher of The California Register, interviewed the Lassiter's and you can hear that interview  below.  The interview is over 50 minutes long - the key parts are the 13:00 minute, 18:00 minute and the 23;50 mark.

Mary talks about her experience dealing with the Flores while living on the very property where the FBI thinks Kristin may have been hidden.

They just happened to rent a home not knowing what they were getting themselves into. They only learned of Kristin's case after receiving hate mail from the public. The Flores' never mentioned Kristin Smart to them when they applied to rent the home. 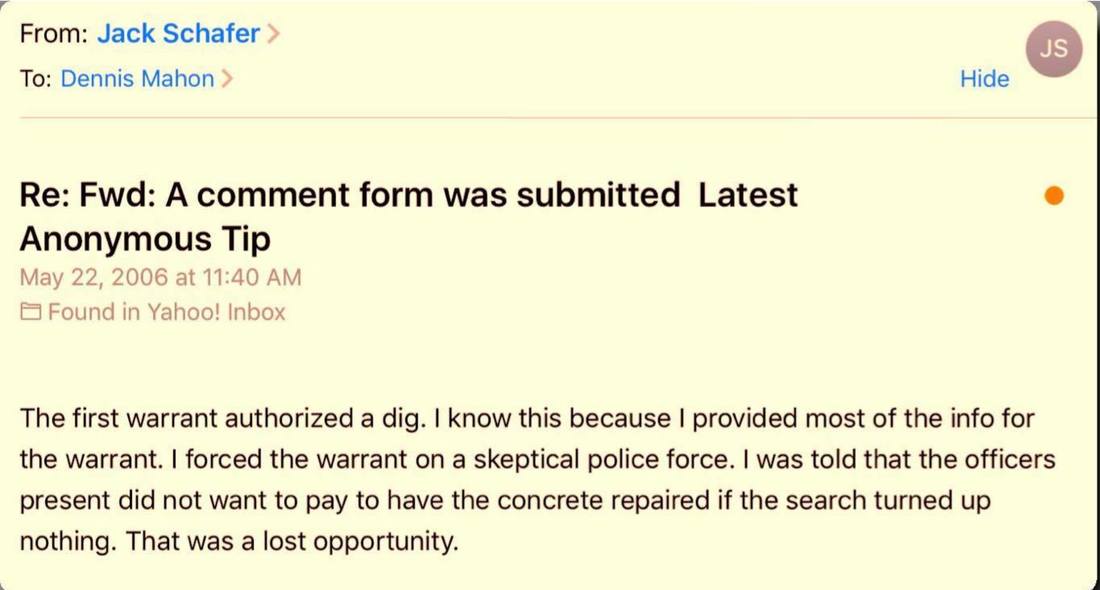 I simply cannot offer a better’ source’ then the man who the FBI chose to do the primary investigative work and the person who provided most of the info for the warrant. 320 million people in America and no one is more qualified to make such a statement than FBI Agent Jack Schafer. 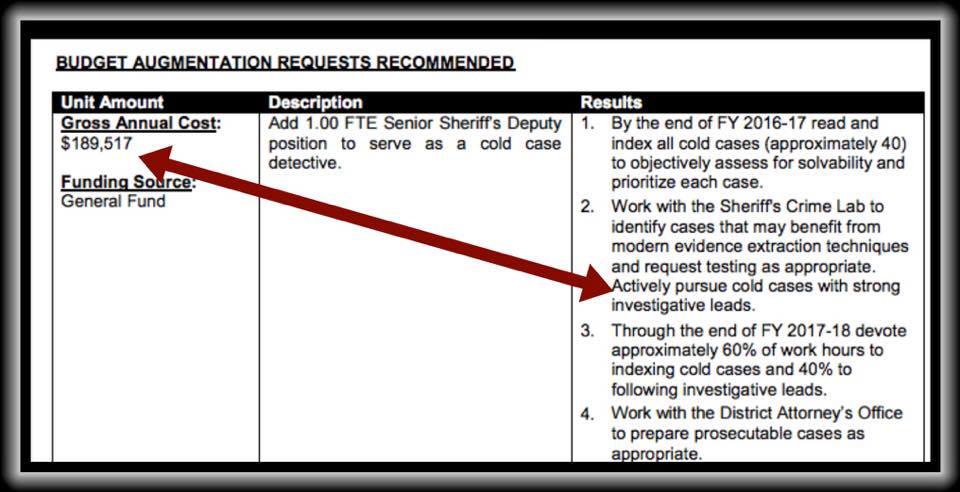 Beyond Buster, some amazing new technology

Note from Dennis: In the early 2000’s, the FBI Agent told me that concrete was poured in the Flores yard the same weekend Kristin vanished.

I have listed reasons why I believe the Sheriff’s Department needs to get back on Susan Flores’ property, dig it up, and once and for all determine if Kristin is there now, or if she was moved. There is a lot here and I promise you I am not making anything up, nor am I exaggerating anything.

For me it all boils down to the May 22nd, 2006 email I received from FBI Agent Jack Schafer where he himself tells me that the first warrant authorized a dig.

It seems to me that Kristin’s ‘civil rights’ were violated that day by the Sheriff’s Department and that needs to be corrected.
​